The provincial agency system is a channel expansion method adopted by the apparel industry for a long period of time. It has also made great contributions to the rapid rise of the domestic footwear brand. However, as the company enters a new stage of development, its drawbacks are increasingly apparent. In order to change the situation of provincial-level agents (hereinafter referred to as â€œprovincial generationsâ€) and headquarters â€œsame bed dreamsâ€, Quanzhou enterprises have recently adopted a variety of â€œcutting measuresâ€, such as sending out â€œimperialâ€ branches to supervise and open direct-operated stores, etc. The method checks and balances have only one purpose: to strengthen supervision, to form further interests with the provincial generations and to form a common body, and to withdraw and retreat to the borderland.

The provincial government has made a lot of contributions

First look for provincial agents, and then quickly open the store in the country to fight the world - that year, the agency system is similar to a weapon, the cast of the pre-scale development of the brilliant. Zhou Shaoxiong, the chairman of Septwolves, once mentioned that the provincial agency system allowed the network of seven wolves to expand very quickly. This has also become a booster for the start-up development of many shoe and clothing companies. It is reported that since the adoption of the agency-based business model by seven wolves in 1995, the agency has become a marketing model widely adopted by brand companies. It has created a number of business casual men's brands such as Lilang, Kinba, and Handan. Clothing is blooming everywhere in the country's major shopping districts.

â€œAt that time, everyone was fighting for you.â€ According to industry sources, at the beginning of the rise of many brands of shoes and clothing, companies generally used the â€œdisposalâ€ strategy when they were looking for agents, and buried their hidden dangers. Today, many years later, with the continuous changes in the market, various malpractices of the agency system have begun to appear. Although it is impossible to deny the importance of the agency system to existing brands, it is impossible to avoid the fact that it is for the first-line shoes that are stable. For enterprises, the issue of provincial metabolism has already been faced.

"Same dreams" is the drawback

As the saying goes, it is easy to fight against Jiangshan. Some provinces that were born with "two hearts" became subject to checks and balances. There are two main reasons for this happening: one is that the brand companies rushed to â€œwrongâ€ objects in the past, so that the found provincial generations could not keep up with the development of the business philosophy and management, and they have not shown themselves. The area is well-developed and lacks the ability to be congenitally deficient; the other is very special. Provincial governments have done very well, but because of the inconsistency of long-term and short-term interests, they have â€œsame bed dreamsâ€ with brand companies.

"It is not that we do not want to be concentric with the enterprise. It's just that the economic environment is not good, and the pressure of inventory is so great. If we further develop the direct-operated stores according to the requirements of the head office and increase the investment, the future returns will not be expected to be so big." The provincial governor, who did not want to be named, voiced his thoughts. In the early period, the market demanded more than supply, and when the Jiangshan franchise had played one tournament, a few years ago, along with the development of the enterprise, the pockets of high quality provincial generations were quickly drummed up, and many people had net worth of more than 10 million yuan. Affected by the economic situation, some provincial capitals began to transfer funds to the real estate industry, and some even built factories in their hometowns and launched their own brands.

"The two generations of 'two hearts' of the provincial generation can not concentrate and the headquarters of the common advance and retreat, of course, will become the 'metabolism' goal. These people are relatively high capacity, the company sat down with them to negotiate the separation is also a very helpless choice "The person in charge of the marketing of a company said that those provinces that have strong market competitiveness, but they also have "three hearts and two meanings", have a similar characteristic, that is, they are eager for quick success and profit, and they begin to think about tossing after making money.

Regardless of the disadvantages of the provincial generation, the front-line shoe and clothing companies will not stop moving forward. According to the disclosure of the Septwolves Annual Report, as of the end of 2011, the company had 530 directly-operated stores (142 in 2011) and 3,446 franchise stores (in 2011, it added 309). In 2011, the total number of ANTA brand retail outlets was 7778, a net increase of 229; in 2010, the net increase of Anta stores was 958. In the first half of 2011, Lilangâ€™s main brand increased by 83 stores and the total number of stores reached 2,888.

In the absence of a clear economic situation, the first-line shoes and apparel enterprises have stably exploited the market while, on the other hand, they have begun to recover their power and have taken the form of a branch to contain the province. According to informed sources, the seven wolves have explored and started to establish branches since around 2008. At present, 17 companies have been set up nationwide to directly participate in regional operations, or to replace the former provincial capital. There are also five outstanding provincial generations that complement each other. The establishment model of a branch company is also worth mentioning: Several of the 17 branch companies existed in the way that the original provincial generation joined shares and the head office held shares. This form of mutual integration is determined by changes in the market.

Anta, which has made great achievements in the Olympic Games, is also strengthening the management of provincial governments through the establishment of branch offices. It is said that Anta is still the development model based on provincial generations. The proportion of direct operations is not large, but branch offices scattered throughout the country can timely provide feedback on provincial information and strengthen communication between the two sides. In addition, management systems that have been rooted in all store terminals across the country can also effectively grasp the market dynamics, carry out nationwide transfers, consider the entire market, and effectively help agents solve sales problems.

It is understood that the reform of the provincial agency system is not confined to famous brand enterprises for many years. Cassione said that this year, they will further develop branch offices, infiltrate local offices through the management method of headquarters, and strengthen corporate management cohesion.

At the beginning, you can avoid the provincial system

Nocky's business model for men's clothing is different from other companies. They have no provinces, only franchisees and outlets. â€œThis model can better avoid the side effects of provincial generations, but the key issue is that there must be adequate backup funds as support.â€ Industry analysts believe that the Noci model is a special case, for most of the early period by province For companies that have developed on behalf of them, it is impossible to completely negate the role of provincial governments. If you want to completely return the terminal to the head office and adopt a direct-run system, the financial pressure on the company is relatively large. For example, if you press a data plan for 5,000 stores and a store is calculated by 10 people, the social security and wages of 50,000 people will be a huge investment, and this has not yet accounted for other issues such as talent reserve. .

â€œLilang insists that it is based on the province.â€ Hu Langchu, vice president of Lilang, said that according to the development of the company, some people come in and some people leave. This is a normal metabolism. As long as the company respects each other in terms of system and human relations, it can We will realize the realm of upgrading from the pursuit of wealth to the pursuit of sharing. Li Lang now has many provincial generations who were partners in the world together. They would take out the company if they had difficulties. In turn, the company had requirements and they would do their best to cooperate. Nowadays, many provincial governments have already invested in establishing direct-operated stores. They say that they are also equivalent to one branch. Because they are determined to be co-prosperous with their companies, they will consciously increase their own bargaining power and reduce their chances of being replaced. .

There is no one thing forever

â€œActually, it is not loyalty but high temptation.â€ Yuan Wei, manager of Anta Sports Department, believes that for successful companies, the key to finding a channel management model that suits them is the cohesion of the company. The formation of cohesion requires companies to provide high value-added products, so that there will be a comprehensive charm to enhance the confidence of provincial or other investment participants. In business, if you can make sure that these provinces or collaborators who follow you are rich and have meat, then even if you drive them, they will not go, but if the companyâ€™s own products are not high in gold, you ask him Useless. For example, if the company can help provinces make 10 million yuan, but the outside investment can ensure that he can earn 20 million yuan, who would choose to invest in the outside. In the same way, on the contrary, in the new economic environment, there are fewer and fewer things to make a profit, but companies with strength can still increase their profits steadily. Then no matter who they are, they will choose to stay.

"Compared with mature companies in Europe and the United States, our channel management model is still lagging behind, but Weinan has a unique spirit of innovation and pioneering, so we will still dare to try to find the best model to implement management." Li Lang, vice president of Hu Chengchu believes that Everything is a process of continuous improvement in the course of change. There is no one thing to do once and for all.

Yuan Wei said that each company has different capital strength, different products, different advantages, different positioning, and different stages of development. Therefore, it cannot find a so-called successful model. It can only find its own channel management based on its own strength and development stage. the way.

In the long history of mankind, the ancestors of the Chinese nation have created a splendid culture with labor and wisdom. Chinese culture has a long history and continues to have an impact on today's life. Many of the folk arts and crafts are our people's precious wealth. Embroidery, as one of the elements of Chinese style, is also one of the ancient handcrafts in China. For thousands of years, the embroidery culture not only affects the Chinese people's clothing plots deeply, but also foreign designers have the embroidery culture in China Strong interest in today's Chinese embroidery as many foreign designers bag design elements, regardless of Germany or Japan their product designers and business production, must have a strong sense of quality, which makes the embroidery elements in the fashion industry A big fire. As a national embroidery in China, Aishe Hui Hui Embroidery sheds the quintessence of five thousand years of traditional culture in our bones. We combine and combine the features of today's foreign and Chinese bag brands, and add some nationalities Elements, the result tells us that we should take the road of the quality of ingenuity.

At the mention of the embroidery, you feel very jiangnan Watertown, is very traditional, but the embroidery is very fashion, because this traditional design made in peacetime, decorative pattern is very suitable for small bag, then we come and check it. 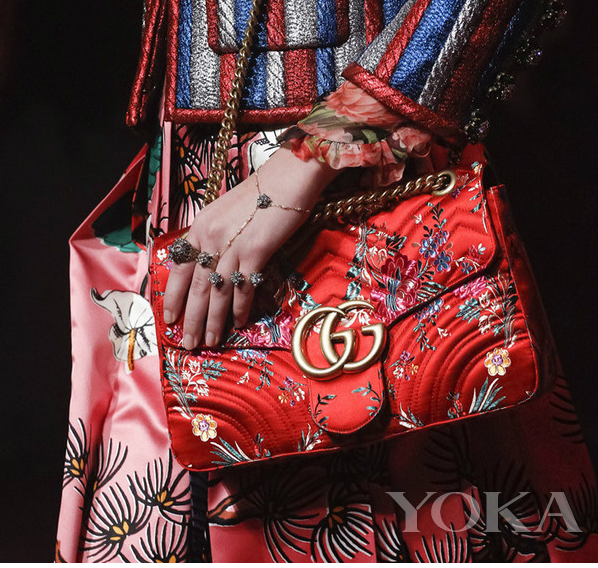 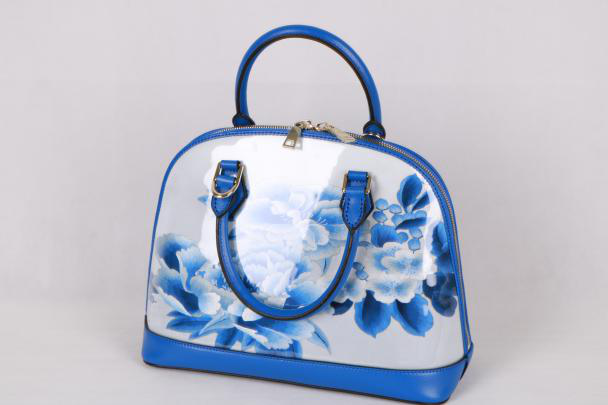 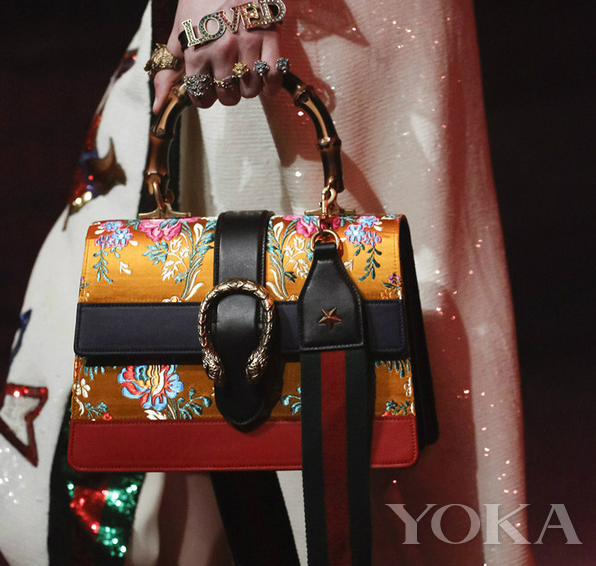 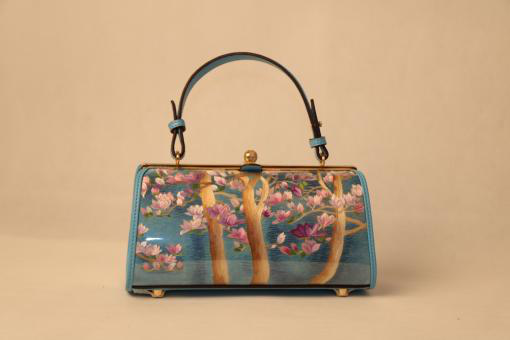 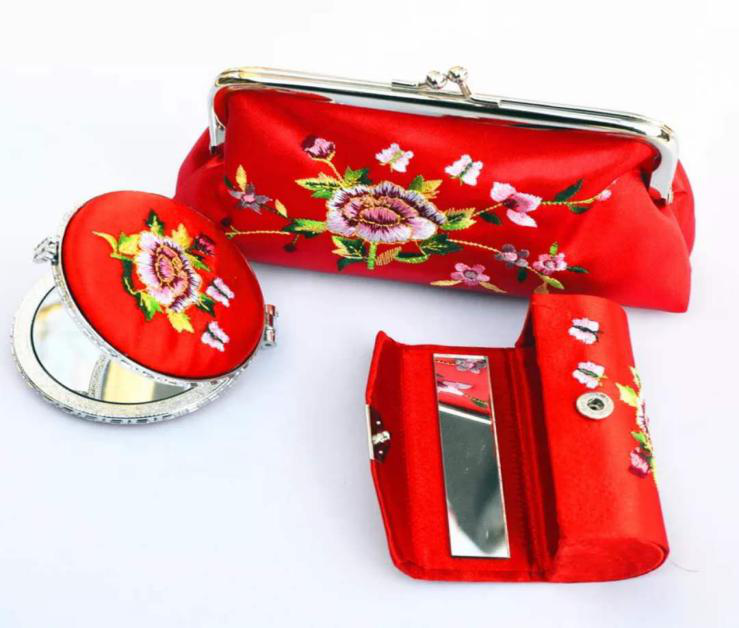