NAPOLEON Napoleon men's clothing - business casual, unique costume design from the pursuit of a higher level of quality of life, whether in the emotional or rational level, the design philosophy conveyed contains the French classical and modern, noble and quality, The interpretation of the modern urban quality of men's tradition is no lack of fashion, rigorous and without sagging and advocating. 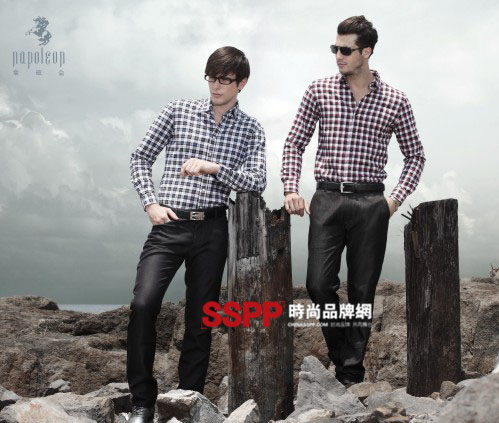 NAPOLEON - In the tumultuous period of the 19th century, the haze of war shrouded the earth, and Europe re-divided the pattern on the ruins. People's hearts were filled with post-war fatigue and longing for peace and tranquility.

On December 2, 1804, a long-awaited date for the people of France, the morning dawned brightly, and tens of thousands of people flocked to Notre Dame. In order to see the son of a civilian who was born on Corsican island, with confidence and courage, with passion and illusion, with diligence and will to step by step become a respected emperor to respect.

At 11 o'clock noon, NAPOLEON's ceremonies left the Tuileries. In the sound of a gun salute, a golden carriage decorated with gold was pulled by eight tall chestnut tall horses and headed towards Notre Dame. The team looked solemnly across the street. There are thousands of people on both sides of the road. When Napoleon's NAPOLEON was unusually excited and appeared in front of the audience, the cheers flashed into the sky.