Leading: In this era of advocating natural simplicity, we want more subtraction rules on clothing and accessories. The tediousness and cumbersomeness will only make the pressure of the original fast-paced life become more heavy, and many exquisitely worn clothes on Milan Fashion Week. Design is often more appealing. 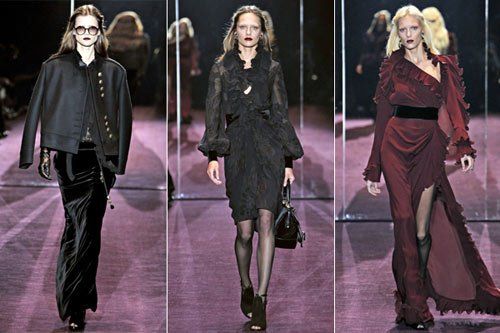 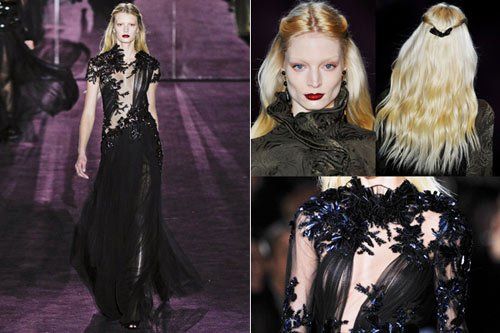 As the latest rising fashion trend among the four major fashion weeks, Milan's designers and fashion industry naturally have their own professional skills. Gucci, which is considered by the Italians as a national treasure brand, is responsible for the opening of Milan Fashion Week. The drama, the world's top fashion editors, professional buyers, fashion enthusiasts and all kinds of media gather together here, bursting hot scenes have to allow the brand to publish the new season is divided into two shows the same show, converged from the spring The brilliance of the glittering summer fans is particularly noticeable in the dark purple environment. Designers take inspiration from the Raphael faction and express their classical romance on this season's work. There is plenty of velvet and chiffon. The velvet print on top of the dress gives a new luxurious and fatal temptation, and the military-style coat makes the night-glowing Gucci girl more confident, and the three-dimensional embroidered flowers that spread from the skirt to the shoulder are exquisite. Can not bear to touch, romantic lotus leaf ruffles and falling shoulder line are the designer's perfect ingenuity, model sauce fruit The tinted lips refract metallic luster, lazy hair curls down the cheeks, and even pale facial makeup becomes sensible throughout the dark aesthetic. 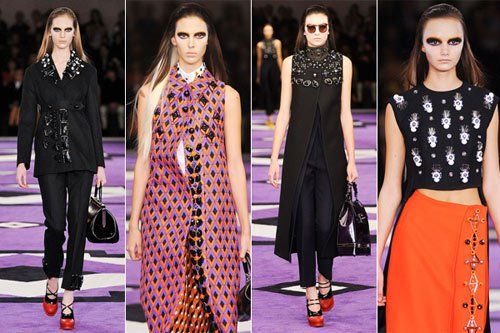 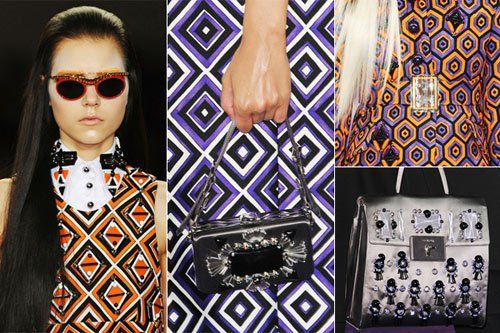 The same black-based tone, Prada hands naturally have made everything become lively and active, in the world of designers always full of innocence and whimsy, seemingly traditional to no high-waist style jacket And the trousers can be turned into a trend element above the tuyere by the repeated overlapping of fluorescent color geometric prints. From time to time, shiny beads and mercerized fabrics are ready for fashionable women to attend the banquet. Dignified yet quirky and chic, the vintage Mali Zhen shoes and tooling boots become humorous through the lower body of the silicone shoe cover. When everything becomes easy, the designer always upholds the exact coat and tailored fabric craftsmanship to the viewer. Also crouching in such a meticulous delicate mind.